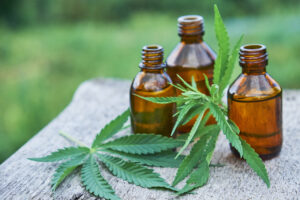 The wave of adult use cannabis legalization sweeping North America has introduced the various benefits and efficacies of this nuanced and controversial herb to tens of millions of consumers. From suburban soccer moms in Seattle to software developers in Boston to artists in Los Angeles, America is discovering the cannabis plant. Many consumers, however, either aren’t comfortable with or simply can’t tolerate the psychoactive properties of the most infamous molecule in cannabis, tetrahydrocannabinol (THC). This is where THC’s non-psychotropic chemical cousin, cannabidiol (CBD), plays a starring role.

Despite this major difference, CBD and THC have many characteristics in common, including their anti-inflammation, anti-cancer, and pain killing properties. Many products offer special ratios of THC and CBD, purported to deliver optimal effects for particular lifestyle consumers and patients.

The Details of CBD

CBD, one of the most discussed and marketed elements of the cannabis plant, offers significant appeal to consumers based on its wide-ranging medicinal efficacy and lack of overt psychoactive effect. This major cannabinoid has been shown, via clinical research studies and anecdotal evidence, to help those suffering from anxiety, chronic pain, depression, inflammation, psychosis, and seizures—as well as their associated diseases.

For nearly a century, cannabis has been cultivated on the black market to enhance its THC content and potency, not for CBD. The emergence of legal markets, however, has featured much activity among cannabis breeders, cultivators, and companies wanting to provide consumers with many of the health benefits of THC, but without the “high.” Cannabis strains rich in CBD include ACDC, Charlotte’s Web, Dancehall, Dance World, Hawaiian Dream, Nordie, Remedy, Ringo’s Gift, Sour Tsunami, and Suzy Q.

A 2016 study entitled “CBD-enriched Medical Cannabis for Intractable Pediatric Epilepsy” and published in the journal Seizure found CBD to be “a promising treatment for intractable epilepsy.” The study concluded that CBD delivered only minor and infrequent side effects and provides relief for epilepsy patients who gain little or no value from traditional therapies and pharmaceutical drugs.

A 2014 study entitled “The Case for Medical Marijuana in Epilepsy” and published in the journal Epilepsia illustrated some of the nuances of bioavailability and cannabis consumption. The study pointed out the fact that “smoked and vaporized cannabis requires heat, which may alter the putative antiepileptic substance(s), whereas ingested cannabis must survive the acidic environment of the stomach and metabolism [by the liver].”

The study concluded, “Part of the challenge of understanding why cannabis has apparently contradictory effects in epilepsy likely has to do with the complexity of the plant itself. Cannabis sativa has 489 known constituents, only [113] of which are cannabinoids, with the remainder including potentially neuroactive substances such as terpenes, hydrocarbons, ketones, aldehydes, and other small hydrophobic compounds capable of crossing the blood-brain barrier.”

*NOTE – credit for this article goes to Curt Robbins. For more of Curt’s wonderful articles on cannabis and cannabinoids – check out https://cannabisaficionado.com